The Skydeck Chicago at Willis Tower made a name for itself as one of the best spots to take in panoramic views of the city. You’ve probably seen thousands of pictures from friends and acquaintances sitting on a glass-bottom viewing deck with a spectacular view of Chicago skyscrapers in the background. However, the 360 Chicago Observation Deck at John Hancock Center has hit the ground running, becoming a tough competitor.

But which one is worth paying for (if any)? Keep reading to find out!

The most important thing you’ll need to bring along is a great deal of patience. We’re talking about Chicago’s most popular building here, and the highest observation deck in the United States, so it’s no wonder lines are always long and waiting times can exceed one hour.

Once you reach the top, you’ll be amazed by the skyline and Lake Michigan views. On a sunny day, you can even get a view of four states: Illinois, Indiana, Wisconsin and Michigan.

It all sounds great so far. But after waiting in line to take the elevator to the top floor, it will probably come as a surprise that you will still need to queue up to get access to the skydeck’s most emblematic feature: the ledge. This glass box extends out 4.3 feet from the building and offers great views of the surroundings.

A visit to the Willis Tower without a souvenir photo on the ledge is like going to Paris and not stopping by the Eiffel Tower. We’ve paid for that, so we’re not going to leave before we get to have our picture. So we have no choice but to queue up (again).

Yay! My turn! Well, surprise, surprise. Don’t get too excited because you’ll only have 60 seconds to get the perfect photo. So make sure to put on your best smile because you won’t get a second chance (and – most importantly – pick the right person to take your photos if you don’t want them to be blurry, just like what happened to me).

To top it all off, the ledge can be quite disappointing. You won’t get views of downtown Chicago with all the beautiful skyscrapers. But instead, the glass platform is facing a residential area, with lower buildings and detached houses. In a nutshell, your overall experience must not live up to the expectations.

Adult tickets are as expensive as $28-35. You can of course buy “skip the line” tickets for “only” $55. You can find the most up-to-date information about ticket options and prices here.

As it name suggests, the observation deck at John Hancock Center offers 360º views over Chicago. Although many might argue that views are similar to the ones you get from Willis Tower (from the opposite side of the city center, though), if you ask me, this one stands out mainly for two reasons.

First of all, the John Hancock Center is closer to Lake Michigan, offering breathtaking views from the top. And secondly, if you’re going for the skyline pictures, you might want to know that – except for the ledge – the windows at Willis Tower have (very annoying) black frames, preventing one from taking decent pictures.

The better views and shorter waiting time are more than enough reasons to choose the 360 Chicago Observation Deck over the Skydeck Chicago. At least for me. But on top of that, the John Hancock Center observation deck has its own special feature, which you won’t find anywhere else: the TILT, Chicago’s highest thrill ride. TILT is an enclosed, glass platform that leans forward holding up to 8 people. It’s a one-of-a-kind experience, giving you the feeling of flying over the streets of Chicago from a height of over 1,000 feet. Would you give it a try? Definitely not something for those who are afraid of heights, but if you like a little bit of adrenaline, I totally recommend it!

There’s one thing you need to take into account, though. If you’re brave enough to go on this ride, just know that you won’t be allowed to capture the moment. There’s an in-house photographer who will take pictures of you and then try to sell them to you.

Ticket prices are a bit more expensive: $45 for adults. You can find the most up-to-date information about ticket options and prices here.

Which one would you prefer? I’m reading all comments! 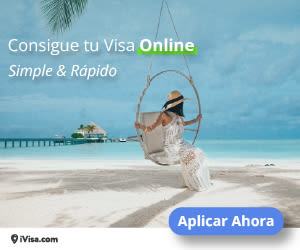